We need letters of support sent to both legislative offices now as both bill are in appropriations!

AB 2438 (Ting) would expedite the records clearing process for those who have successfully completed their probation for non-serious and non-violent offenses by requiring the court to clear out the record without the defendant petitioning for it.

SB 1298 (Skinner) would prohibit the Department of Justice (DOJ) from reporting specified records within a person's state summary criminal history information to specified requesters for employment, licensing, or certifying purposes.

Every year, California spends $11 billion on prisons and there is an estimated 8 million individuals have a criminal conviction record. Yet with so many Californians possessing a criminal record, there are many barriers in place that restrict employment and housing for individuals with a record.

This is an effort by law enforcement to roll back the hard fought gains in Prop 47 and Prop 57. We urge all criminal justice reformers to vote NO.

A. Reform the parole system so violent felons are not released early from prison, strengthen

oversight of parolees, and tighten penalties for violations of terms of parole;
B. Reform theft laws to restore accountability for serial thieves and organized theft rings; and 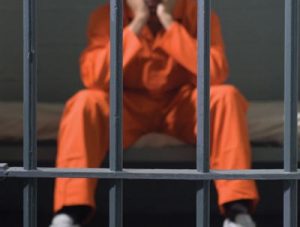