Veronica joined SSG in 2003 where she oversees more than seven million dollars in annual funding for mental health, substance abuse, reentry, homeless and housing and trauma-focused services; and a multidisciplinary team of more than 60 employees.

Veronica has worked tirelessly to improve and coordinate homeless services in Service Planning Area Six (SPA6) and is co-founder and Chair of the SPA 6 Homeless Coalition. She has played an intricate role in the development of the emerging new LA Continuum homeless systems of care as Co-Team Lead for SPA6’s Coordinated Entry System pilot for chronically homeless individuals and through her involvement with the region’s Family Solution Center.

Veronica also represents the interest of SPA6 and the LA CoC as a whole as an alternative representative as Chair of the CoC Coordinating Council, an advisory committee to the LAHSA Commission. Under her leadership, HOPICS has permanently housed more than 900 homeless families within the last five years.

Joseph Maizlish specializes in crisis and trauma treatment, and serves victims and perpetrators; a mediator specializing in employment discrimination disputes and serving on court panels; and a social issues activist since 1960.  He has M.A. degrees in History and Clinical Psychology.  He has done subcontract and donated work for six Los Angeles County departments.  He served two and a half years in several federal prisons from 1968-1971. 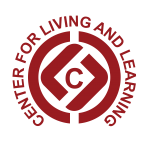 Maria Alexander, Executive Director, Center for Living & Learning
Maria “Alex’ Alexander has served as Executive Director of Center for Living and Learning since 2005 and is founder of the organization as it is today. Under her guidance, CLL has grown to serve over 300 individuals annually with employment and supportive services. CLL specializes in serving those transitioning from drug treatment, incarceration, welfare to work and homelessness. All staff are former clients who have overcome these barriers.

Adam Siegal, Community Outreach Coordinator – Beit T’Shuvah - Adam began serving as a spiritual conunselor at Beit T’Shuvah in 2010 and currently oversees its social action and community service initiatives.   Originally from Cleveland, OH, Adam grauated from Miami University (OH) with a BS in Business Administration and began his career by working for Internet start-ups.   After a Taglit-Birthright Israel program in 2000, he decided to follow his spiritual path and his passion by working in the Jewish Community. Adam began this path by working to build community among Jewish college students and young adults in a variety of settings. In 2014, Adam was ordained as a Chaplain from the Academy for Jewish Religion-California, while also serving in the Skirball Hospice program. Today, in addition to counseling residents, Adam coordinates social action programs at Beit T’Shuvah, stressing the importance of service in personal recovery.

Walter L. Taylor Jr. HealthRight360, has been a part of the Los Angeles community since he migrated from Boston Mass in 1988. Forging his way into the Human Services and Mental Health arenas with AIDS Project Los Angeles, Community Counseling Services, San Fernando Valley Community Mental Health Centers, Portals, Barbour and Floyd Associates/South Central Health And Rehabilitation Programs, his experience and skill set as a social worker and case manager were put to the test. In 1999 he became the Extended Services Manager at Phoenix House to implement the Female Offender Treatment Employment Program. In 2002 he went to Walden House (HealthRIGHT 360) to further his career in assisting reentering citizens, through several projects including the CDCR SASCA initiative, the federally funded Mentoring Children of Prisoners Program, the SPA 6 Los Angeles Children’s Planning Council as co-convener, and has been the HealthRIGHT 360 Director of Los Angeles County Probation’s AB 109 Post Release Community Supervision Housing and Employment Services component. Walter believes in maintaining a positive spirit in all circumstances - doing no intentional harm - giving hope - changing lives - and believes that quintessentially, when you get right down to it, there are two types of people – those who are part of the problem and those who are part of the solution…………… 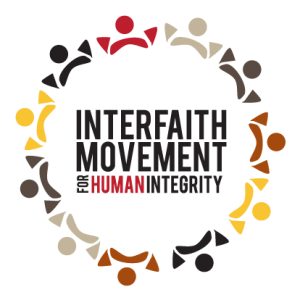 Rev. Dr. Larry W. Foy has an accomplished history in higher education, civil rights activism, congregational and community organizing, and public policy advocacy. He has served as a theology & religious studies professor at Elmhurst College, Elmhurst Illinois and Westmont College, Santa Barbara California. In addition, he has served as an adjunct professor at Northern Baptist Theological Seminary, Chicago, Illinois. Rev. Dr. Foy is an ordained Baptist minister. He has served in leadership capacities in several congregations, denominational conferences, and para-church organizations. In addition, he has served in a key leadership role with the Southern Christian Leadership Conference of Greater Los Angeles (SCLC/LA) and as the Public Policy Director for A New Way of Life Reentry Project (ANWOL), where he was formally introduced to LARRP. Presently, Foy serves as the Regional Organizer for the Interfaith Movement for Human Integrity (IM4HI) and as Coordinator for Justice Not Jails, IM4HI’s Los Angeles based program dedicated to finding alternative solutions to criminalization and mass incarceration.

Michael Graff-Weisner, Vice President of Strategy & External Relations,  Chrysalis
Michael Graff-Weisner has served in this role since 2007 at Chrysalis - a nonprofit organization dedicated to helping economically disadvantaged and homeless individuals become self-sufficient through employment opportunities.  Michael brings more than 10 years' experience in the nonprofit, private, and public sectors to his position at Chrysalis.  Born and raised in Los Angeles, Michael received a B.A. in Economics and Spanish from Amherst College and a Master of Public Policy from the John F. Kennedy School of Government.

Mark Faucette works with LA County's new Office of Diversion and Reentry where he oversees harm reduction based housing and health services for ODR's programs. Mark is the former VP of Amity Foundation, and is one of the co-founders of LARRP.

Lynne Lyman was one of the central figures responsible for cannabis legalization in California, named in the top 100 most influential people in cannabis nationwide, as well as in the top 5 in Los Angeles. Having spent over five years as the California State Director for the Drug Policy Alliance, Lynne’s vision, strategy and exceptional organizing skills helped propel the state to gain critical mass throughout 2016 resulting with 57% of Californians voting Yes on Proposition 64, the Adult Use of Marijuana Act, permanently changing the landscape for cannabis in the sixth largest economy in the world, while reducing or eliminating most cannabis crimes, including retroactively.  She also successfully led the non-profit’s state criminal justice reform portfolio including the 2016 passage of Civil Asset Forfeiture Reform (SB 443) which prevents California law enforcement from permanently forfeiting (keeping) someone’s property without a conviction, led the successful 2014 effort to equalize the penalties for crack and powder cocaine under California law (SB 1010). Lynne continues her work to advance criminal justice reform and cannabis equity as a consultant in Los Angeles.

A native of Los Angeles, Lynne has always stayed close to her passion of being a champion for justice and equality in government systems. She worked with the civil rights organization, Advancement Project, on issues of violence reduction, community policing and criminal justice reform. As the principal of Public Cause Consulting, a Los Angeles-Boston firm, Lynne provided services in policy development, political advocacy, and capacity building to community and faith-based organizations, universities, as well as government entities seeking to address social problems confronting inner city communities, particularly issues relating to racial justice, youth violence and criminal justice system reform.

Janie Hodge, Executive Director, Paving the Way Foundation
Janie Hodge is the Founder and Executive Director of Paving the Way Foundation formed in 2006 as a 501(c) 3 charitable organization designed to give a “Hand up for a Hand out”.  Mrs. Hodge facilitates and manages an inside the prison walls life skills program on the Honor yard and the Transition (C) yard for the California Prison Los Angeles at Lancaster.  Mrs. Hodge oversees an extensive re-entry life skills program for HealthRight 360 - AB 109 and Parole clients in Lancaster with two housing units one designed for mental health in collaboration with Special Services for Groups.

Jose Rodriguez, Director, Councilmember Gilbert Cedillo & Founder of the LA Re-Entry Roundtable
Jose Rodriguez has worked in the mental health and substance abuse treatment field with the offender population for more than 10 years. In 2008, he joined the Office of Councilmember Alarcon and in 2013, Councilmember Cedillo. He graduated from the Glendale College Addiction Studies Program and UCLA School of Public Health, Health Care Management and Leadership Program. Jose is the founder of the Los Angeles Re-Entry Roundtable.

Nicole Jeong is the Los Angeles Site Director & Senior Staff Attorney at Root and Rebound. She received her J.D. from Yale Law School in 2011.
Prior to joining Root & Rebound, Nicole was a staff attorney in the Pro Bono Department at Legal Services NYC, the largest provider of civil legal services in the country. Nicole was also a general litigation associate at Paul, Weiss, Rifkind, Wharton & Garrison in New York and Morrison & Foerster in Los Angeles, as well as a law clerk to the Honorable Jesus G. Bernal of the Central District of California. During law school, Nicole participated in the Community Reentry Clinic, worked as a summer law clerk at the Los Angeles County Public Defender’s Office, and served as an editor on the Yale Law Journal and Yale Journal of Law & Feminism.
Nicole received her B.A., magna cum laude, in Sociology from the University of Southern California. She is an attorney licensed to practice in California and New York.