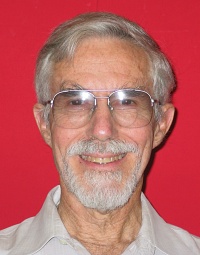 I last spoke to Joe on a leisurely Saturday afternoon in early December, it was a lovely rambling conversation covering some of the pressing policy issues in the justice sector, as well as recounting significant early moments in each of our political awareness and justice work. That afternoon Joe shared with me about the time he met Martin Luther King Jr. He had been avidly following the Civil Rights Movement as a young man in the 60s when MLK Jr. came to speak at Joe’s Temple. After an inspiring speech, Joe approached Dr. King and asked if there was a role for kids like him to help with Southern organizing work. “I am sure there is lots for you to do right here where you are,” Dr. King replied. He’s been an activist ever since, served 2 years in federal prison from 1968-1971, for being a conscientious objector to the Vietnam War. Joe often spoke directly from his experience as a formerly incarcerated person.

Joe Maizlish was a marriage and family therapist by profession, and he has been a fixture in Los Angeles criminal justice reform work for over a decade. I met Joe in the speaker line up for a County Board of Supervisors meeting back in 2011-12, and saw him frequently in that large theatre style Board Room, where we would sneak in our water and snacks to make it through a 5 hour session for a chance to give our 2 minutes of public comment on the latest justice related agenda item. Joe was ever present, always patient, kind, well informed, and deeply contemplative. By 2014 we had recruited Joe to join the LARRP Steering Committee, where he served as member of the core team for many years.

As anyone closely following LA justice work knows, Joe put out a Weekly “Selected County items reports, resources, comment” email, which lifted up all the justice related items in the County, spanning BOS meetings, Cluster meetings, Jail Population Review Council, PSRT, ATI, CFCI, and the rest of the alphabet soup of County related workgroups and departments. All of us lived for that weekly round-up. With incredible attention to detail, Joe laid out each meeting or new report with his own insightful commentary on the key points. The last Weekly email round-up went out as truncated version in November, it’s been hard to keep up.

Since Joe always had a few words to say, I wanted to include words from Joe himself as we reflect on his life and his legacy.

A few weeks before Joe passed away from cancer, his wife Sarah posted on the Caring Bridge website:

“This morning for a time Joe became quite agitated, repeatedly attempting to leave the bed. "I have to fight," he said as he forcefully pushed away restraining hands. "I've got to fight." Fight whom? He couldn't say.”

And in an email to LARRP co-founder Peggy Edwards in early December, Joe shared:

“I miss helping others keep track and advocate. What little writing I'm doing is a combination of stories and seeking understanding of what stands in the way of advancement and how to proceed on the many very much linked issues of spirit and public policy.”

Both of these commentaries leave me much to contemplate. Joe often ended his public comments asking the officials to consider a different perspective, to question the underlying assumptions they walked in the room with, and often offered to question his own. He pushed us all to think, to read, to collaborate better. The movement will remember Joe; his work is helping dismantle the beast of mass incarceration. Joe and I have co-chaired the LARRP Policy Committee together for many years, and I will miss my friend and colleague.

Joe attending the LARRP Annual Retreat in December 2022 via Zoom