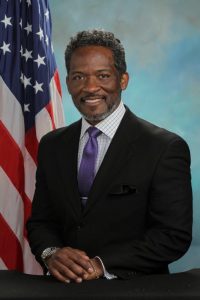 Last fall, LARRP announced the launch of its first Community Safety Committee. This committee is designed to understand both the upstream drivers and downstream consequence of violence in all of its forms. Its formation stemmed from a growing recognition that if we do not address the origins of criminality and violence, we run the risk of losing gains in criminal justice reform in favor of a return to “tough on crime” policies.

In fact, true criminal justice reform begins before a crime has ever been committed. And listening to those closest to violence is the first step of understanding how to prevent community violence.

It is in that spirit that on Wednesday the 23rd, I gathered in a church hall on the “eastside” of south L.A., with former and current gang members. Convened by Pastor Anthony “Shep” Crawford of The Experience Christian Ministries, the group meets regularly under the banner of “United We Stand Up.” This group is working to remember the 30-year anniversary of the 92 Civil Unrest, and to process their life histories and, more importantly, how to harness their hard-earned wisdom to heal themselves and their community.

Contrary to some perceptions, the men, both “OG’s” and “Young G’s,” I meet are bright, articulate, thoughtful, and – surprisingly -- afraid. They are seeking to leave the street life but do not quite know how to escape the pervasive conflicts that invade their lives, homes, and communities. For many, desire for change comes from witnessing the generational impact of their choices. As the evening began Pastor Shep posed the question to the “OG’s” in the room, When did you decide to turn your life around? “[My life changed] when my baby boy was convicted to Life Without the Possibility of Parole for a murder.” His son has been living in custody for the past 16 years. He has seen how his previous behavior affected his children: one dead, one doing life without parole, and one just got out.

Said another in the gathering, “How many you have been ‘cellies’ with your son? That changed my life…not only were we doing time together, but we gang-banged together. Today I have my grandson here with me…the streets can’t have him…not him!”

A mother in the room shared her feeling of terror when her 19-year-old leaves the house: she shares the frozen, petrified, and persistent feelings she has that one day he will be murdered in the streets and not return home safely.

It is these testimonies – of fear, of feeling trapped in a life not wanted, of grief and regret – that are the starting places of healing. As one participant says, “God saw all of those things you did in your past. God has forgotten your past: you are forgiven. The healing has already taken place.”

As I leave the church hall, with the testimonies echoing in my head, I am reminded that until all of us are safe, none of us are safe. And safety begins with seeking first to understand.

The opportunity to witness these experiences, as we establish the Community Safety Committee, are inspiring and are cultivating a renewed level of commitment to our work in criminal justice reform. Now with a lens on truly addressing the upstream drivers. 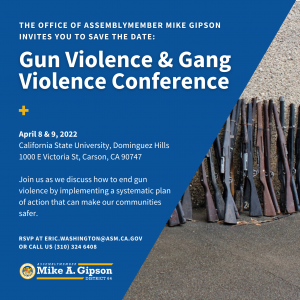 This being said in the month of April LARRP is partnering with CA. State Assemblymember Mike Gipson, Gang Interventionalists, Gun Violence experts, Victim support and advocacy groups, and others for a two-day symposium named “It Takes A Village” on April 8th and 9th on the campus of Cal State Dominguez Hills.

In the words of the great Nipsey Hussle “The Marathon Continues” we will continue to invest our time and energy to learning and contributing to the building of strong and safe communities throughout Los Angeles County.