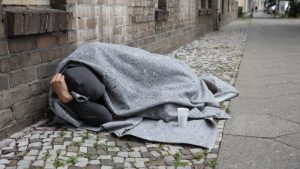 California has a myriad of issues that it faces today; and chief among them is homelessness. This is largely promoted by the daily encroachment in our lives. There are tens of thousands of people living in encampments in cities large and small across the state; and many of them have criminal records. Gov. Gavin Newsom signed seven new laws on Wednesday aimed at addressing the state's homelessness crisis, pleading with a skeptical public to have patience as the nation's wealthiest and most populous state struggles to keep people off the streets.

The nexus between housing and criminal justice reform is clear one. As more formerly incarcerated individuals return to their communities, the Los Angeles Regional Reentry Partnership (LARRP) has a growing concern about how they will fare upon reentry. While Coordinate Entry Systems (CES) have proven to be effective in creating a critical response mechanism that ensure access to affordable housing, its one criticism among reentry providers is that excludes the reentry population that is largely connected to homelessness.
Resources, especially for affordable housing, are already scarce in low-income communities where formerly incarcerated persons typically return. Because of their criminal records, justice-involved individuals face additional barriers in accessing affordable housing, putting them at risk of homelessness and subsequent recidivism.

In the past three years, California has spent more than $2.4 billion of state and federal money on a handful of major homelessness programs, with most of it going to local governments for things like leasing hotels and motels for housing the homeless during the pandemic. We commend the leadership in the State, for understanding that resources are needed.

It appears that most of the funding will go to local governments. At first glance this would give us pause, but Governor Newsom also signed a new bill into law that will, for the first time, give the state more say over how local governments spend that money. Newsom signed a law authored by Assemblywoman Luz Rivas, a Democrat from Arleta, that creates a new governing body to dole out up to $2 billion in homelessness funding to local governments.

The California Interagency Council on Homelessness, which replaces an existing homelessness council, will include the directors of half a dozen state agencies that must review and approve local governments' plans for spending the money. It appears that their main focus will be to appropriately tackle the homeless issue from a health lens.

Our hope at LARRP is that this new body will also recognize that new programs should be included to address the feeder into the homeless system itself. We have already spent an enormous about of resources attacking the issue from one side, but we understand that this is multifaceted issues that requires a multifaceted approach.

We are at a historical moment in our history. Federal and state lawmakers are now reexamining sentencing policies that have proven to be overly punitive and harmful to families and communities, and they are working towards comprehensive criminal justice reform.  It appears that we have a state Government in place that has the will to continue the laid-out path of true reform, but barriers to housing and needed resources still exist.

Our hope is that the work of The California Interagency Council on Homelessness will include reducing these barriers by requiring local communities to include in their plans clearer reforming screening policies and providing additional housing resources, large-scale efforts to reduce the State’s prison population. Unless this is achieved, we are likely to see an even greater result of an unmet demand for housing, potentially undermining the potential success of the unprecedented promise of these 7 new pieces of legislation.

LARRP strongly believes that including the formerly incarcerated in any housing plan will ultimately lead to more cost savings resulting from lowering incarceration rates. The funds saved could conceivable be redirected to the communities to which justice-involved individuals will return to ensure their successful transition to life outside of incarceration.